Purge The Poison – Marina
[0:11’] Imogen and her friend get ready to start a new school year. Karen bullies her, telling her nobody wants her there.

4. Do It Again – VANYO ft. Juliette Reilly
[0:14’] Everyone at school starts ignoring Karen for her bad behavior.

Pop/Stars – K/DA, Madison Beer & (G)I-DLE Feat. Jaira Burns
[0:19’] Mouse was on the computer when she receives a strange message from an unknown number.

Devil’s Worst Nightmare – FJØRA
[0:30’] Tabby and Wes have a chat in his car. He talked to her teachers about her, trying to help her get into her dream university.

Guillotine – Mansionair & NoMBe
[0:36’] Everyone in school is having lunch. Imogine comes to ask Karen about what she told the principal.

9. Can I Strut To This – Daniella Mason
[0:37’] Imogine decided she will compete against Karen in the queen contest.

Shieldmaiden – E L L E
[0:39’] Ash messages Mouse. Her mother comes in, asking her to be careful who she talks to online.

Where It’s At Ain’t What It Is – Tom Morello Feat. Gary Clark Jr. & Nico Stadi
[0:03’] In the past year, Karen, her twin sister, and Imogine were partying. Karen asks Imogine to go look for her boyfriend.

Behave – Summer Cannibals
[0:10’] The girls met to plot against Karen.

Sour Cherry – The Kills
[0:15’] Karen finds Imogine and Tabby at the entrance of the school, giving flyers for their event.

Coming Home – Michael Geiger & Jason Parris
[0:19’] The girls play an embarrassing video of Karen in front of the whole school.

Take What You Need – Film School
[0:39’] Noa surprises her boyfriend by convincing the sheriff to let her go to the school dance.

9. Main Title from Get Out – Michael Abels

Bet You Wanna – BLACKPINK Feat. Cardi B
[0:39’] The girls come over to Imogene’s and Tabby’s house to get ready together for the school dance.

My Head & My Heart – Ava Max
[0:41’] The girls get to the school dance. Imogine tries to look for Karen to apologize.

Modern Love – David Bowie
[0:47’] The girls see Imogene all by herself so they reunite and start dancing together.

Glowing Up – Lady Sway
[0:48’] The principal invites Imogene on the stage to get her queen title.

This Is What You Made Me Do – Seven Of Cups
[0:08’] After Karen died, everyone is trying to understand what happened.

Dirty Little Secret – XVI & Nocturn
[0:17’] The girls realize they will have to pay a lot for bullying Karen, even though she did it first.

Mind – Maison Ware
[0:21’] Imogene discovers her mother and her friends went through a similar experience, with one of their friends committing suicide.

The Secrets I Kept Safe – Seven of Cups
[0:24’] Imogene explores how the girl from her mother’s generation died, all by herself.

Whatever You Want – Cold Shower
[0:36’] Wes invites Tabby for a drink, but she only wants to get her tape back.

The Dark Romantics – The Awakening

Sharp As A Knife – Dannye Ayer
[0:39’] Tabby decides to get her stick back and leave Wes’s house.

Nothing To Fear (One Stop) – Daughters Of The Deep ft. Madalen Duke
[0:42’] The girls decide to flush the stick with Karen’s movie down the toilet.

Love is Strange – Katie Garfield
[0:47’] The girls go to Karen’s grave to pay their regrets.

Say You’ll Be There – Spice Girls
[0:03′] Throwback to 1999. Marjorie convinces Angela to smoke a cigarette. When they get caught, she blames her for smoking, and Angela is the only one who gets punished.

Never Gonna Learn – Emily Wolfe
[0:09′] Noa is running on a stadium supervised by the coach.

Horror Movie (Remastered) – Skyhooks
[0:47′] Noa is sharing with her group of friends that A is back.
End credits

Moonchild – Marissa Nadler
[0:16′] Mouse is in her room trying costumes for the Halloween party.

Super Freak – Rick James
[0:23′] Noa and Imogen singing to this song at the party.

Little Monsters – The Foxies
[0:24′] Noa and Shawn kissing at the party.

I Wanna – Potty Mouth
[0:28′] Imogen is answering a phone call related to Angela, but the call gets interrupted.

Better Than the Movies – Adore Delano
[0:36′] Ash and Mouse are sitting in the bed, having their first kiss. Mouse is going downstairs to get a snack, and Tyler approaches her.

Monster Mash (Metal Version) – Leo
[0:40′] Tyler is checking his broken nose in the mirror of the bathroom. A man (the mysterious character named A by the others) with a pumpkin mask enters the bathroom and starts to beat him until he kills him.

Mr. Sandman – The Chordettes
[0:41′] The group of girls (Imogen, Noa, Faran, Mouse, and Tabby) are talking about A not showing at the party. In the other part of the house, A carries Tyler’s body to his car.

Watch the trailer for this TV series

Soundtracki has the most complete and updated soundtrack details on the web, with full songs.

When asking about what song is playing during a scene, please specify around what minute.
Submit a question/answer or review. Cancel reply

This site uses Akismet to reduce spam. Learn how your comment data is processed. 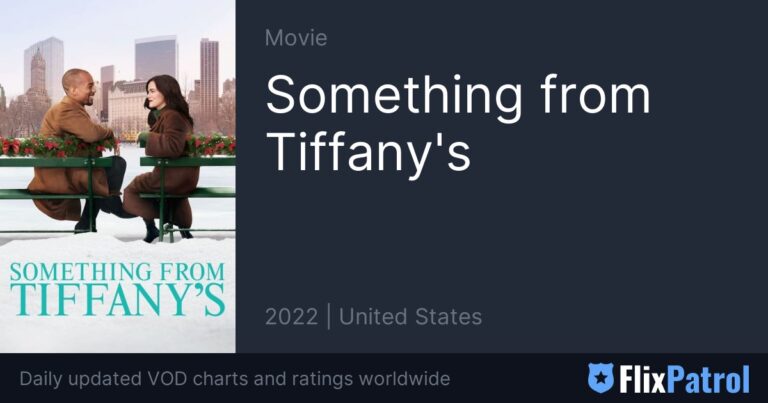 Something from Tiffany’s Soundtrack List A woman’s life is upended when an engagement ring meant for someone else leads her to the person she’s meant to be with. 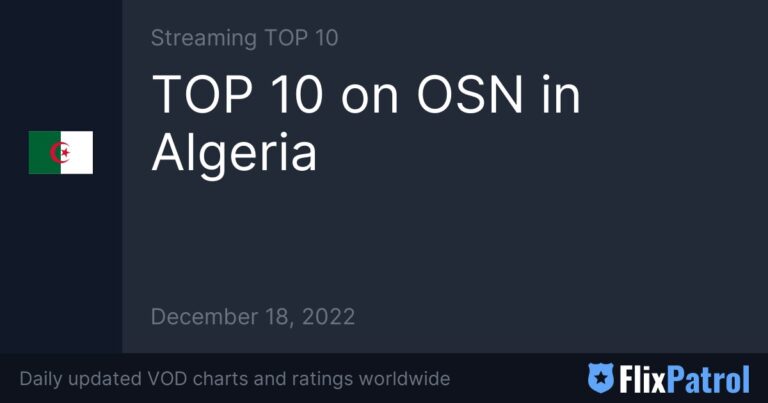 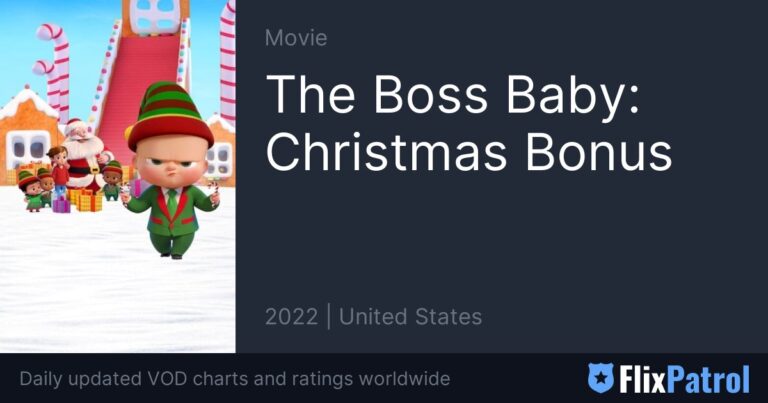 The Boss Baby: Christmas Bonus Soundtrack List Christmas Eve takes a twisty turn when the Boss Baby accidentally swaps places with one of Santa’s elves and gets stranded at the North Pole. 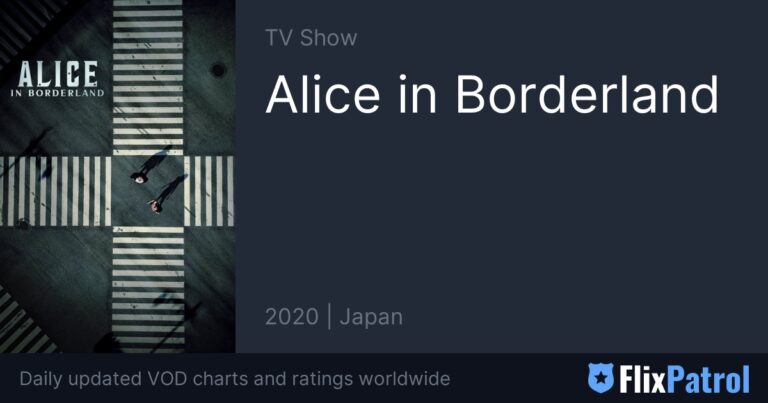 Alice in Borderland Soundtrack List With his two friends, a video-game-obsessed young man finds himself in a strange version of Tokyo where they must compete in dangerous games to win. 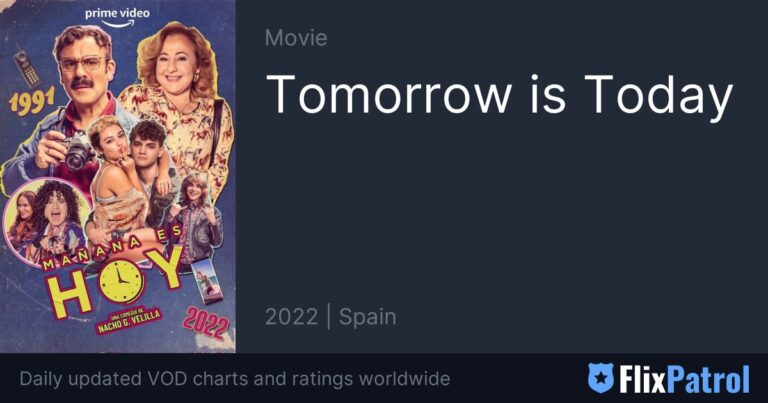 Tomorrow is Today Soundtrack List A family is on holiday in 1991 when their teenage daughter decides to elope with her boyfriend. Their parents travel forward in time to 2022 and see how much Spain has changed in three decades.